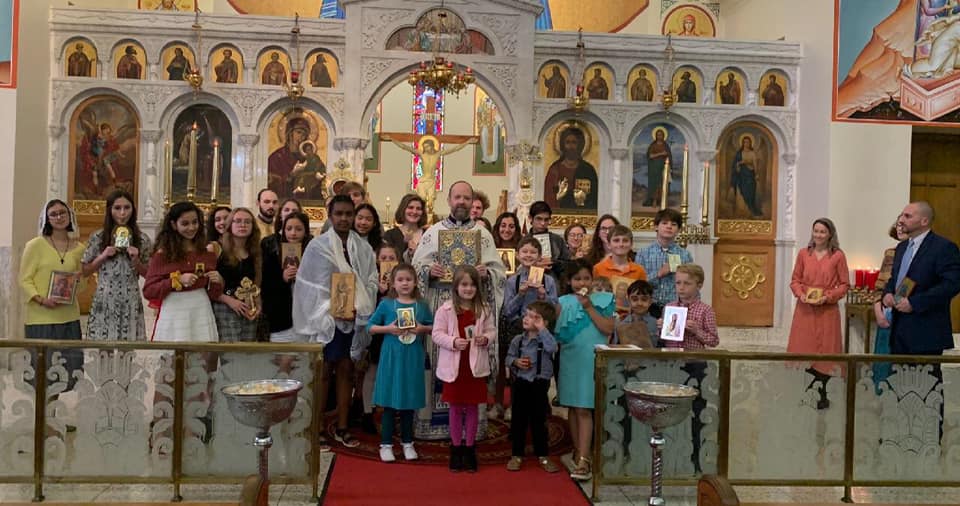 Rev. Fr. Matthew Carter was ordained to the Holy Priesthood by His Eminence Metropolitan ALEXIOS of Atlanta on May 11, 2008, at St. George Greek Orthodox Church in Knoxville, Tennessee.

Fr. Matthew received a Bachelor of Arts Degree in English from the University of West Florida.  In 2005, he began studying for the holy priesthood at Holy Cross Greek Orthodox School of Theology in Brookline, MA.  As a seminarian, he worked for the Department of Youth and Young Adult Ministries for the Greek Orthodox Archdiocese of America and wrote for the Youth Worker Pulse email listserv, a weekly resource for clergy and laity youth workers.  Fr. Matthew was ordained to the Holy Diaconate in 2007 and served at Ss. Constantine & Helen Greek Orthodox Church in Andover, MA.  He graduated from Holy Cross in 2008 and received a Master of Divinity degree with distinction. Upon his ordination to the Holy Priesthood, he was assigned as the proistamenos (parish priest) at St. Nicholas Greek Orthodox Church in Wilmington, NC, and served that community for almost five years.  In November of 2012, Fr. Matthew was assigned as the proistamenos of Annunciation Greek Orthodox Church in Pensacola, FL, and served that community for seven years.

Fr. Matthew has extensive experience with youth ministry.  He has been active in camping ministry and served as the co-director of St. Stephen’s Summer Camp from 2009-2013.  Fr. Matthew also served as the chair of GOYA retreats for the Metropolis of Atlanta from 2008-2010 and was responsible for the Metropolis Advent Retreat and Lenten Retreat.  In 2011, he was invited to serve as a priest at Ionian Village, the summer camp program for the Greek Orthodox Archdiocese of America, and he visited several areas of Greece, including Athens, Patras, Zakynthos, Kefalonia, Kalavryta, Olympia, and Aegina.

He and Presbytera Emily have three children:  Alexios Gregory, born in 2010; Evangelos Andrew, born in 2012; and Theodore Luke born in 2015.